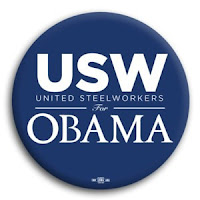 Sweetness and Light  "So they can organize ‘grassroots’ demonstrations. So their goons can beat up any Romney supporters they can get their clutches on. So they can intimidate people for expressing any opinions they don’t like. Why else?


"Students of history should recognize this kid of behavior. We saw it from Hitler’s ‘Brown Shirts’ in Weimar Germany. We have seen it from the ‘Red Guards’ in the Soviet Union and China. It has a long tradition."

According to a joint statement issued by Unite and the United Steelworkers unions, Romney is planning to attend two ‘highly secretive’ fundraisers while at the Olympics, to be hosted by some of Britain’s most prominent bankers. The events, which the unions say cost up to $75,000 to attend, are supposedly slated for Thursday.
Union officials say they want to know the location of the fundraisers in order “to ‘award’ Romney with two gold medals, one for austerity (for others) and the other for financial secrecy.”