- March 08, 2014
Richard Larsen  "Sleight of hand and illusion have their role in the entertainment world, but when the same tactics are employed in the real world, the stakes are much greater, and the intent more dubious. David Copperfield has met his match in fabricated magic and illusionary tactics. For as any illusionist knows, in order to avoid letting the spectator see what’s really going on, you distract the spectator’s attention. And none are better at that than those leading the country today."...

"There is another inconvenient truth that the advocates of raising the minimum wage need to address. Our de facto open border policy has depressed wages. Approximately a million low-skilled workers illegally come into the country every year, driving down wages, especially at the lower end of the spectrum. Harvard economist George Borjas has documented how our immigration policies have reduced American wages by $402 billion a year, while increasing profits for employers by $437 billion a year."

Associated Press award winning columnist Richard Larsen is President of Larsen Financial, a brokerage and financial planning firm in Pocatello, Idaho and is a graduate of Idaho State University with degrees in Political Science and History and coursework completed toward a Master’s in Public Administration.  He can be reached at rlarsenen@cableone.net . 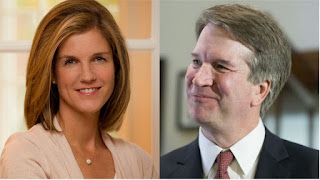