What word would be accurate for the Chauvin jury?

I'm sick of the word "racist" which reeks of the smell from the breath of Al Sharpton and Maxine Waters. Can anyone come up with a more accurate word to describe these people below? TD 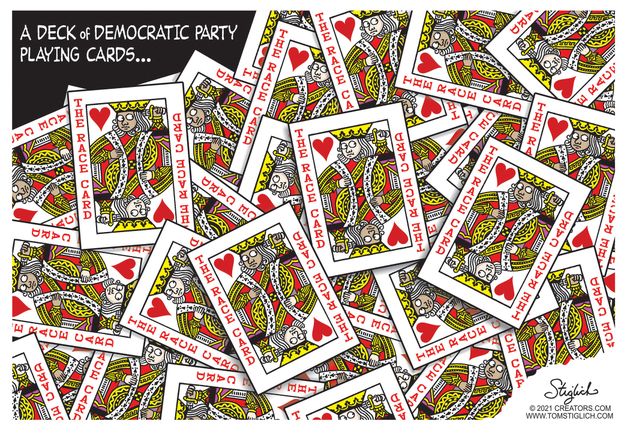 “You know what the answer is…you really do. And you don’t like it, I don’t like it…it scares me,” he said. “Shootings, gun laws, access to weapons. Oh, I know when they’ll change. Your kids start getting killed, white people’s kids start getting killed,” Cuomo said. “Smokin’ that doobie that’s actually legal, probably, in your state now, but they [police] don’t know what it was and then the kid runs and, pop, pop, pop pop! Cop was justified. ‘Why’d you run?’ Oh, he had a baseball game tonight. White kid, big family, oh, that house over there.”

"First of all – what did he just say? It doesn’t even make sense. Did he actually suggest killing white kids will end the black man’s death by cop?" . . .

LeBron James is an ignorant racist. And he loves proving it. . . . "Why do I know James jumped to a conclusion? Because he quickly deleted the tweet once he found out that the white cop who shot the black girl did so to protect another black girl." . . .

. . . "Oops. Tough to call the cop a killer when he was protecting another black woman. Further, James couldn’t accuse Reardon of “hunting blacks”, when it was the black people who CALLED THE COPS!" . . . 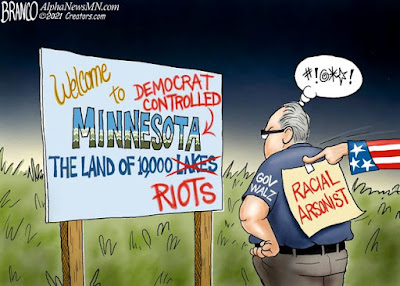 BLM Activist Sat on the Chauvin Jury After Claiming He Could Be ‘Impartial’, Tells People to Get on Juries to ‘Spark Change’ 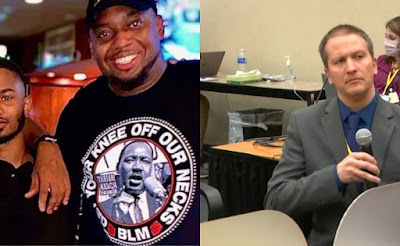 "Juror #52, now identified as Brandon Mitchell, is also encouraging people to try to get on juries to “spark some change.”

"During jury selection, Mitchell claimed that he had very little knowledge of the case. However, Mitchell was photographed last August wearing a shirt that read “Get your knee off our necks” and “BLM.”