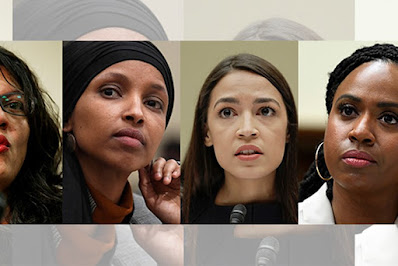 "Fox News is reporting that the Democrats’ struggle with wokeness is expanding. It started directly after the 2020 election with losses in the House that many purple district Democrats attributed to the radical proposals of the Squad, especially around policing and the summer riots. These more moderate Democrats, responsible for the bulk of the blue wave in 2018, may be in for a startling comeuppance again in 2022. The radical proposals are now coming from President Biden, and Americans are taking note.

"Biden’s 100-day approval numbers showed the only majority support his policies have gained are in response to COVID-19. The administration’s scores on race relations, taxes and spending, China policy, and gun policy are all underwater with Americans. The first to put out a figurative distress signal was longtime political consultant James Carville. When Vox asked him to comment on the first 100 days of the Biden administration, he quickly turned to conversation to his concerns regarding the Democrat Party by criticizing “faculty lounge” politics:

You ever get the sense that people in faculty lounges in fancy colleges use a different language than ordinary people? They come up with a word like “Latinx” that no one else uses. Or they use a phrase like “communities of color.” I don’t know anyone who speaks like that. I don’t know anyone who lives in a “community of color.” I know lots of white and Black and brown people and they all live in … neighborhoods.

There’s nothing inherently wrong with these phrases. But this is not how people talk. This is not how voters talk. And doing it anyway is a signal that you’re talking one language and the people you want to vote for you are speaking another language. This stuff is harmless in one sense, but in another sense it’s not." . . .