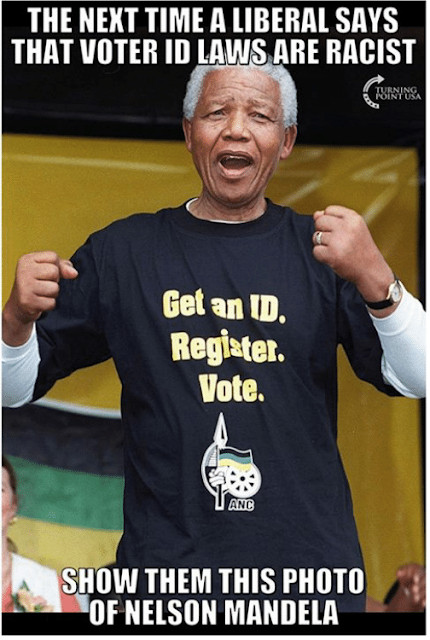 Hannah Bleau  "A majority of Americans believe basic voter ID requirements, such as requiring a valid photo ID prior to casting a ballot, would make elections “more fair,” despite the steady stream of mischaracterizations from top Democrats, who contend that such requirements are oppressive and akin to the Jim Crow era.

"The survey provided a series of potential rules a state could implement regarding voting and asked respondents to rate if the suggested rule would make elections “more fair,” “less fair,” or the same."

"Notably, 64 percent of respondents said requiring voters to provide photo identification before casting a ballot would make elections “more fair,” compared to 17 percent who said “less fair,” and 17 percent who said it “would not make much difference.' ” . . .