Tech company sees no indication that Hillary's server was wiped

WaPo   "The company that managed Hillary Rodham Clinton’s private e-mail server said it has “no knowledge of the server being wiped,” the strongest indication to date that tens of thousands of e-mails that Clinton has said were deleted could be recovered.

"Clinton and her advisers have said for months that she deleted her personal correspondence from her time as secretary of state, creating the impression that 31,000 e-mails were gone forever.

"There is a distinction between e-mails being deleted and a server being wiped. If e-mails are deleted or moved from a server, they appear to no longer exist on the device. But experts say, depending on the condition of the server, underlying data can remain on the device and the e-mails can often be restored." . . .

Laugh in the Fast Lane 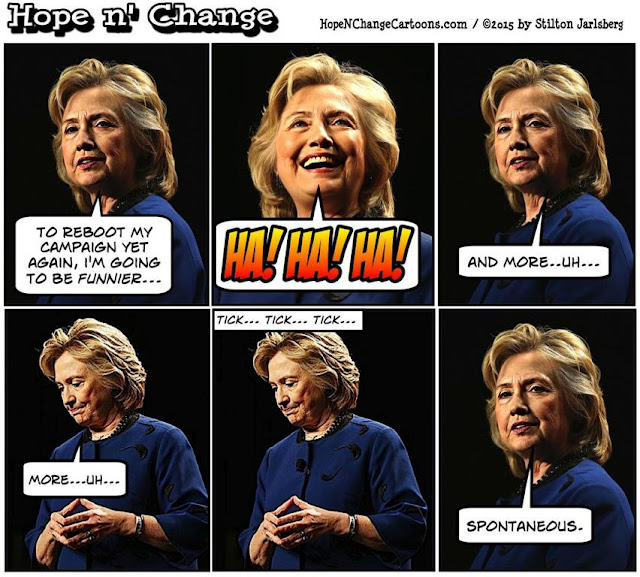 . . . "As far as spontaneity goes, we assume this means that the former Secretary of State will try to be slightly less obvious about robotically repeating the exactly memorized lines scripted to keep her out of the hoosegow. Where she once stammered, "I never sent...or received...any...material...by email... which was...marked...classified... at the time," she'll now spontaneously declare, "I'm pleading the 5th Amendment" and cue her traveling drummer to play a rimshot as she wiggles a straw hat in the air and tapdances out of view." . . .